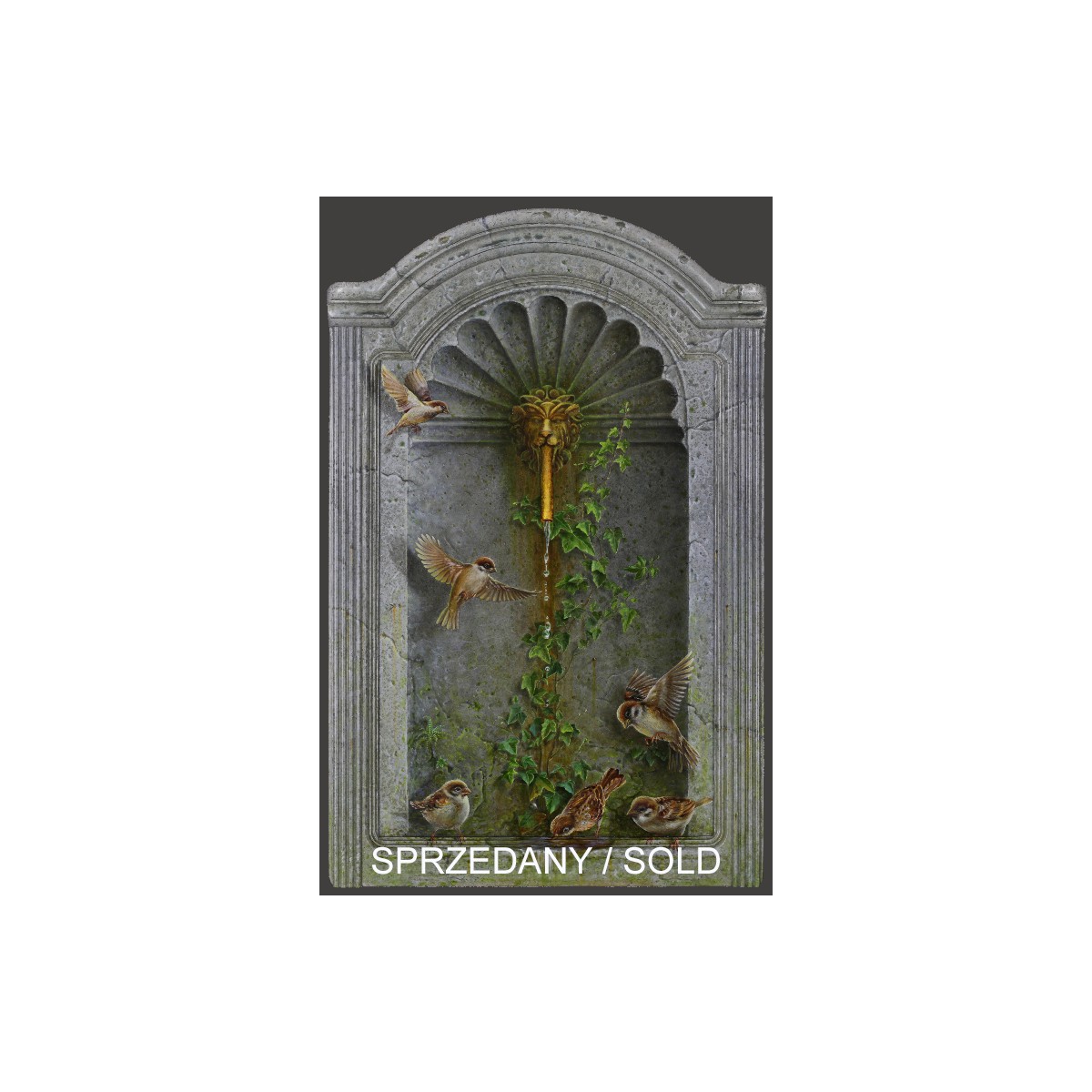 ARKADIUSZ DZIELAWSKI – painter, photographer and designer – was born (in 1967) and raised in Częstochowa where he has continued to live and create art his entire life. He attended high school with artistic studies in Czestochowa and continued his art education at Higher Teacher Education School (currently Jan Długosz University in Częstochowa), where under the supervision of prof. Jerzy Filip Sztuka, he obtained his diploma graduating with distinction. In 1993 he received an art scholarship from the Mayor of Częstochowa.
His works can be found in collections in Poland and abroad. Arkadiusz Dzielawski’s painting style lies in the realm of magical realism, which has its roots in surrealism. His paintings depict a seemingly ordinary everyday reality which, due to the surprising combinations of the presented motifs, multiplication of details, as well as perspective and light manipulation, acquires unique and surrealistic features. For the artist, his painting became an escape from the chaos of the world, a therapy combined with meditation. His paintings emanate with serenity and harmony. The line between reality and fantasy is getting blurred and the characters painted on canvas try to reach out to the viewer.
Dzielawski does not deform reality though, he tries to give it new meanings by introducing unobvious connections and mythological references, for example gigantic sea creatures (turtles, deep-sea fish), which - as in ancient legends - carry cities on their backs symbolizing our civilization. The accumulation of details and symbols refers to the imagination, associations and own experiences of the viewer. They are encouraged to self-interpret and experience the pieces in their own unique way.