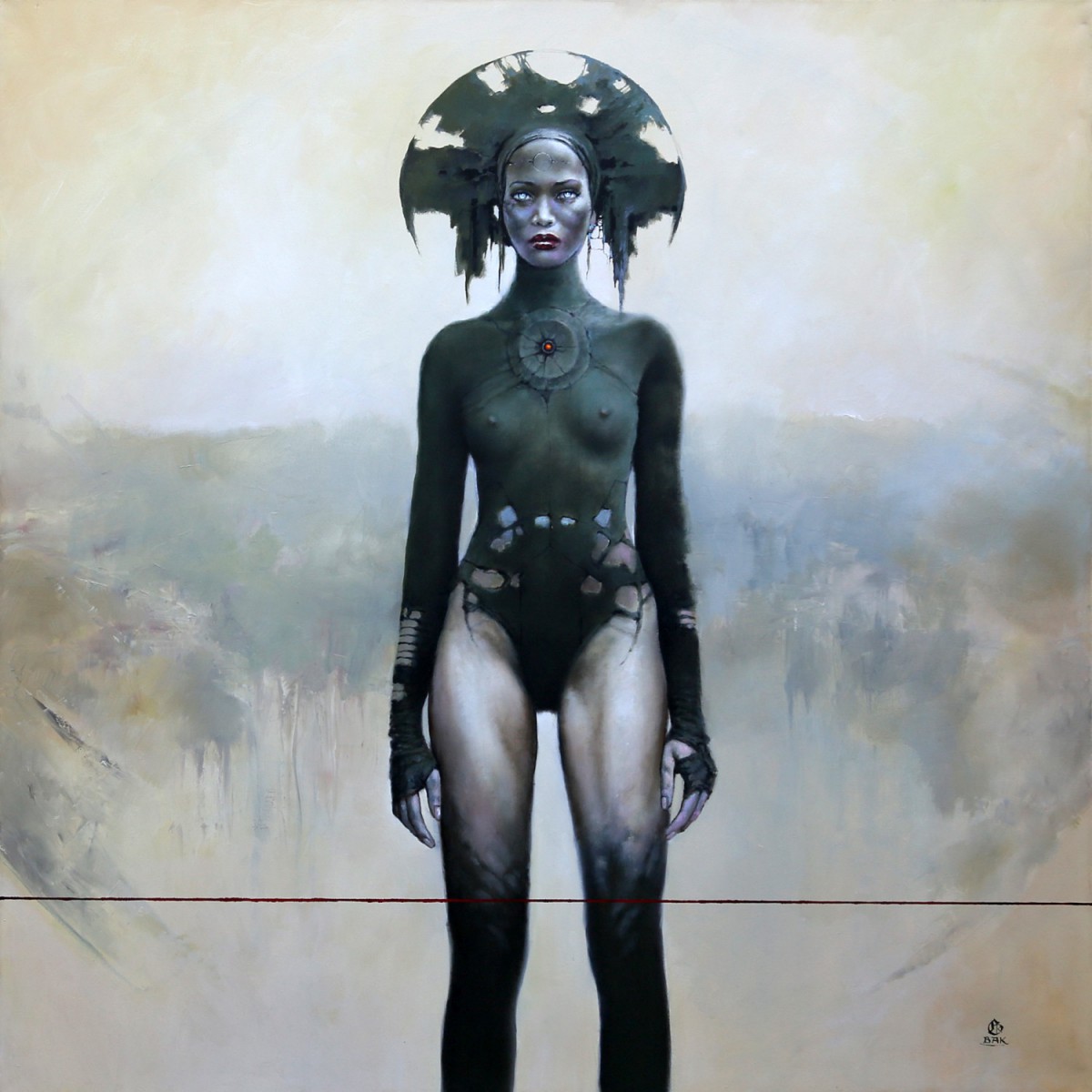 KAROL BĄK is a highly skilled painter and graphic artist of great potential.
He’s fascinated with the mystery of the circle and its relations with the square of the image. He creates dreamy worlds filled with illusive spaces. The great women admirer and the femininity eulogist. In recent years he paints irresistibly beautiful, dreamlike characters. His seraphic heroines flow like in the dream, appearing in immense spaces. They are angels, they are pearl divers, and they are seasons, elements and winds.
The artist sets women in different roles: inter alia mythological and biblical characters. He’s the one who reaches the woman soul through the body denuded from props. He’s the follower of the Beauty which follows mysterious paths of ecstasy.

Karol Bąk born 1961 – polish painter and graphic artist.
In 1989 he graduated from the Academy of Fine Arts in Poznan; received two diplomas with honors, in the graphic studio and in the illustration studio.
He’s the professional painter since 2000. His works are arranged in thematic cycles. His recent works are exhibited in galleries in Poland, Germany, the Netherlands, Great Britain and the United States.