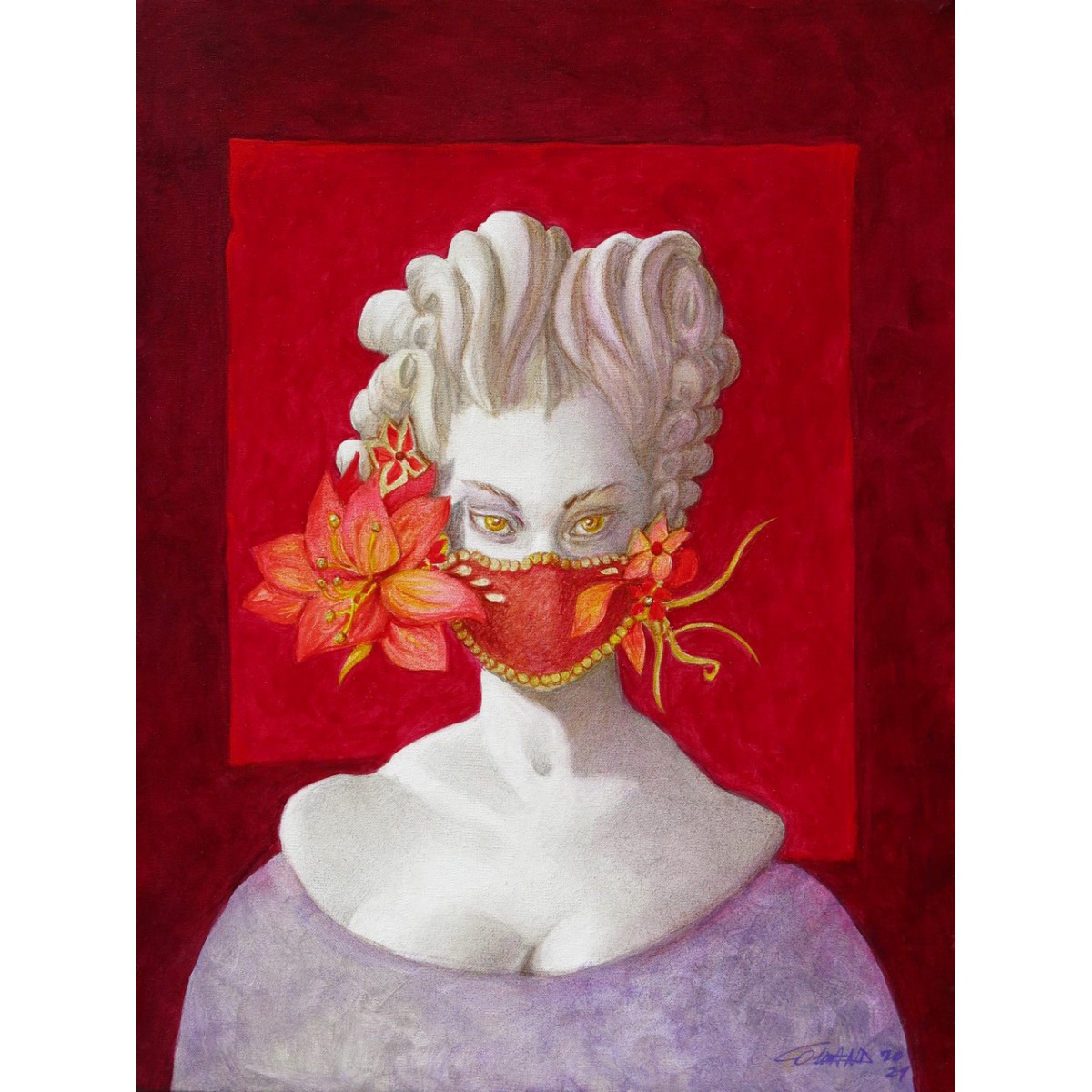 PATRIZIA COMAND, Corbetta (Mi), graduated from the Brera Academy of Fine Arts in 1972.
In 1991, from Venice, he moved for a long time to Central America (El Salvador, Guatemala and Mexico). And it is precisely the stay in those countries that will influence from now on, radically changing it, the interpretation of light and color in his works, which at that time focus on portraits of old men, women, children and "campesinos" of great expressive impact.
Back in Italy, her exhibition activity, focusing now on works with a decidedly fantastic orientation, moves mainly abroad: from Europe (Austria, Belgium, Belarus, France, Germany, Holland, Poland, Portugal, Czech Republic, Spain, Switzerland, Hungary), Japan to Turkey (where in 2005 he received the 1st prize at the Ankara Biennale), Morocco and Mexico.
In 2007 he exhibited on the facade of the Milan Cathedral 2 large "teleri" (m.10 x 20 each) entitled "Il cielo sopra Milano" which are now in the Vatican.
As well as abroad, her work also receives important awards in Italy, participating in many important exhibitions including the 54th BIENNIAL of Venice in 2011, the EXPO in 2015 and the TRIENNALE di Roma in 2017.
Parallel to the most personal and fantastic, there is a genre that has never abandoned, that of portraiture. His are the official portraits of Pope BENEDICT XVI (2005)), and of Pope FRANCIS (2013) for the "Hall of the Popes" of the Basilica of Superga (To). In 2016 he exhibited the portrait of the Nobel Prize RITA LEVI MONTALCINI at the FRAUENMUSEUM in Bonn (Germany).
In 2014 THE  SHIP OF FOOLS ends, a great work of 2 meters x almost 9 in length, which begins a very intense exhibition process, is presented in important locations, including the FGS Foundation, the Labyrinth of Mason of the famous international publisher FRANCO MARIA RICCI and the Palazzo Cipolla Museum in Rome.
Since 2006 he has been part of the international group "Libellule" which exhibits annually at the Grand Palais in Paris.
His works are found in public and private collections in Italy and abroad and is present in the Archives of the "National Museum of Women in the Arts" in Washington (USA).