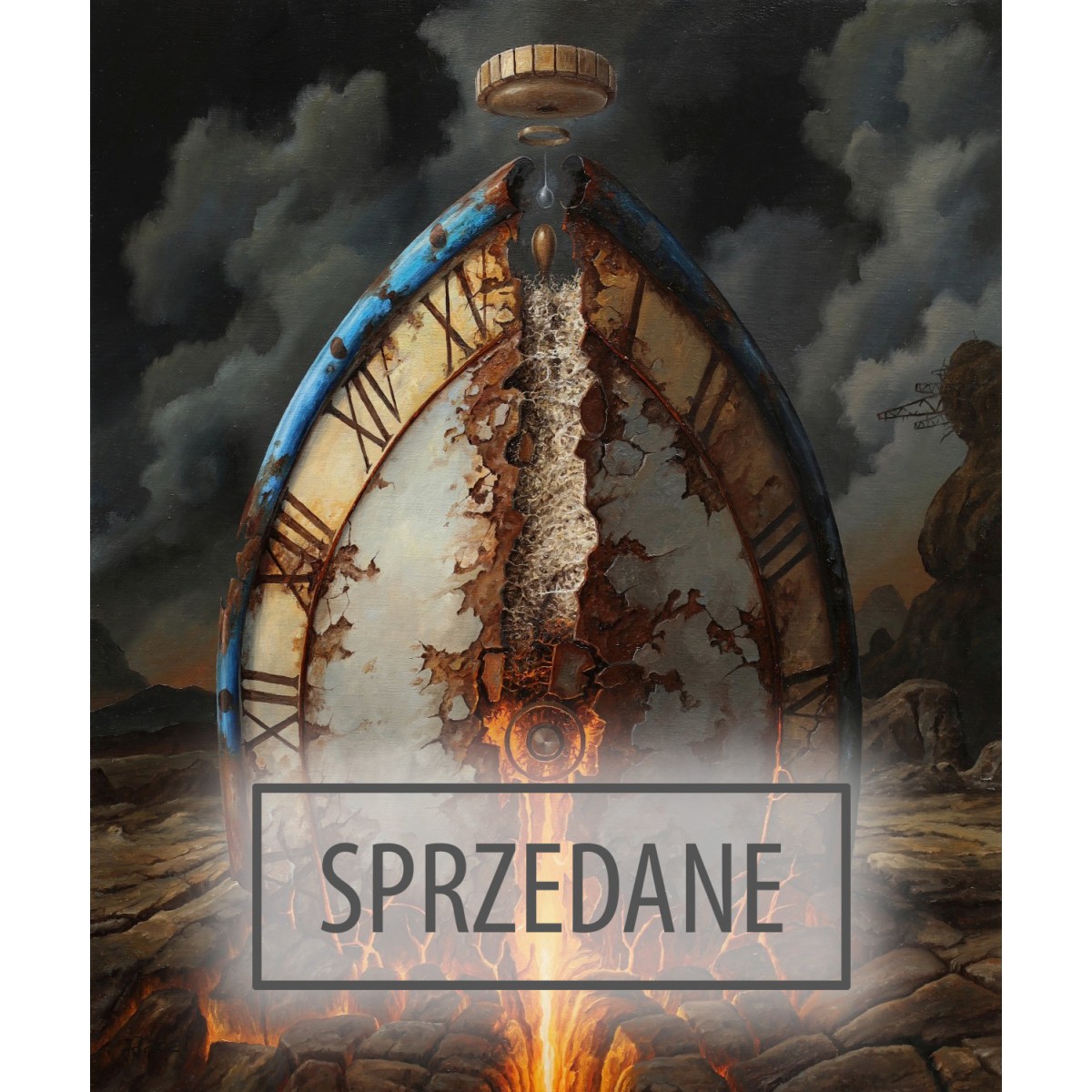 JAROSŁAW JAŚNIKOWSKI, polish artist, painter born in 1976 in Legnica. He has been engaged in painting since 1991. His first works are composed of science-fiction art. Nevertheless, in 1998 under the influence of an exhibition of the painter Wojtek Siudmak in his own hometown and meetings with the very artist, Jaśnikowski started experimenting with surrealism.
Meanwhile, his paintings have a darkling and psychedelic character. Notwithstanding, the artist’s works more and more refer to technology: flaying enginery, steam locomotives or clock mechanism and his growing interest in Gothic architecture. His art takes form of characteristic features for steampunk as time goes by. The artist’s painting starts out to be more thematically unified. Jaśnikowski crates a history of “Alternative Worlds” – a fantastic reality where different laws of physics are expressed. He weaves a story about the world which is broken on millions drifting islands in space, where the biggest sense for human beings is a need to travel. The painter crates huge surrealistic machineries which monumentally show a challenge for the world but at the same time express a pride of their constructors.
Jaśnikowski also pays attention to the meaning of time and passing in his works as the factors to be taken account. However, time in his paintings concerns different values and features. It is not linear, not to be counted and frequently gets material attributes. Jarosław Jaśnikowski is interested in physics and astronomy, hence allows himself for freeform manipulation of the science laws building it from the beginning. In the artist’s works there also appears reference to philosophy, theology, as well as history. Jaśnikowski also tells about himself that he is both a storyteller and painter. Though, he does not find himself to be a world creator who can be watched on his canvas. The artist only serves a role of an observer and chronicler. His paintings are like windows which viewers can look through another world - “Alternative World”. Jaśnikowski believes that these worlds can be the endless numbers, but his passion concerns the only particular one.
Jarosław Jaśnikowski is a very popular and well thought artist in Poland. He is also the most important and well known author of Polish steampunk in painting. He has created the most recognizing style, hence his works are characterized as an excellent atelier. The very painter pays a serious attention to the care of details, a proper matching of colors and a right composition.
Jaśnikowski has achieved success in the field of an individual and collective exhibitions as his paintings appear all over the world.