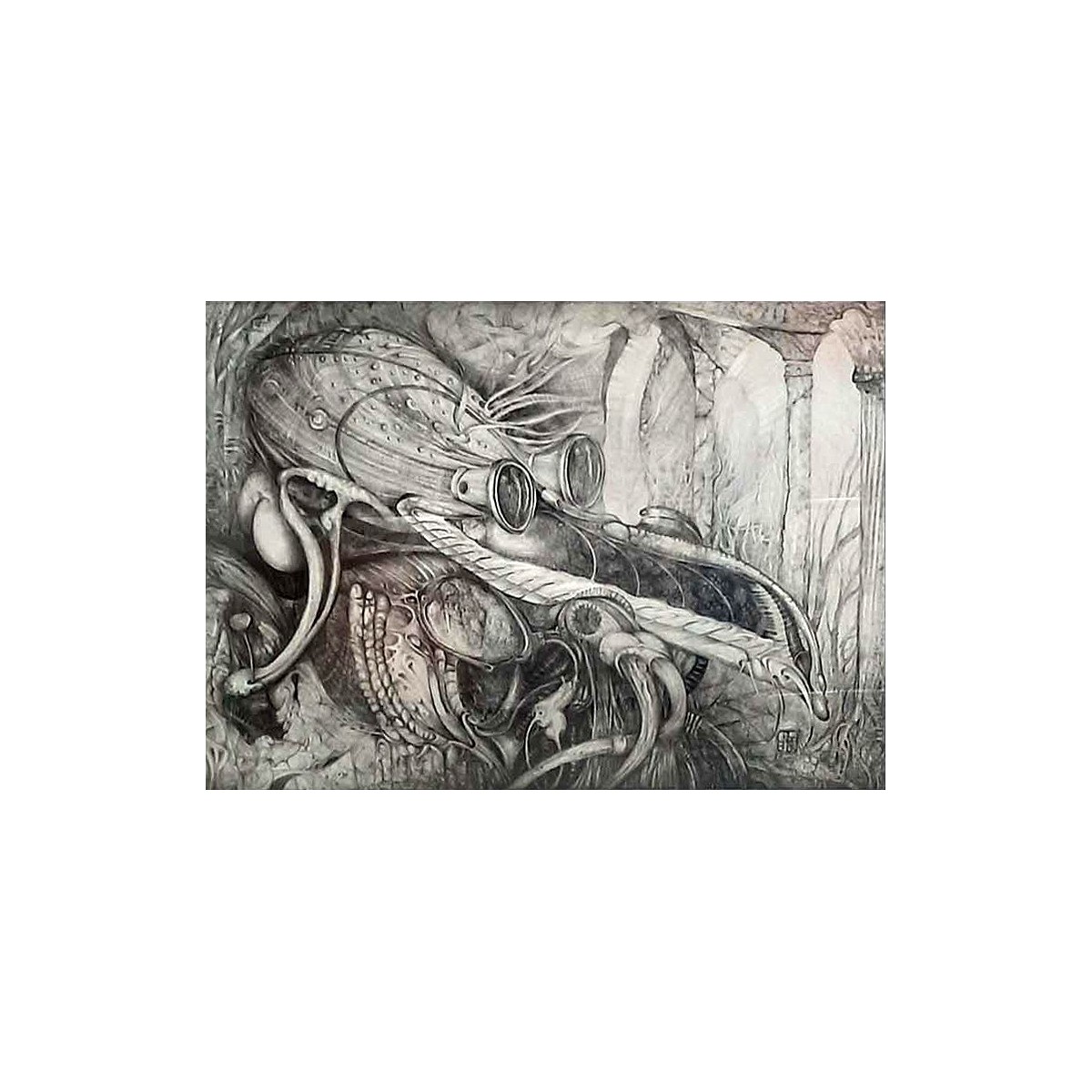 "THE COVID DOCTOR HAS LANDED"

OTTO RAPP was born 1944 in Felixdorf, Lower Austria, Otto lived and was educated in Vienna. As a painter he was at first self-taught, studying in the various galleries and museums of Vienna. At the Academy of Fine Arts he admired the works of the Viennese School of Fantastic Realism.
From 1965 to 1968 he lived and worked in Stockholm, Sweden.
His travels around 1968 brought him to West Canada, where he settled in Lethbridge, Alberta.
In 1977 he enrolled at the University of Lethbridge, graduating Bachelor of Fine Arts (magna cum laude) in 1982.
In Canada Otto participated in many exhibitions and had several individual exhibitions. The highlight was in 1994 at the Prairie Art Gallery in Grande Prairie, Alberta, which gave him the name "The Mystic".
During his years in Canada, Otto was active as an artist, art teacher, curator, studio technician, art critic and juror.
In 2009, Otto founded a private network for Fantastic, Visionary and Surrealist artists and publicly presented them on the website "​Visionary Art Gallery​".
In the summer of 2011 Otto returned to his roots in Vienna. He currently lives in Vienna and works in his studio in the ​KunstQuartier Vienna​.
Abour my work: These are universal​ archetypes​ that may be found deep inside our ​collective unconscious.​ While seemingly ​extraterrestrial​ and alien, they are also strangely familiar. It will take the viewer into an area that they might have been before in another existence or have entered in their dreams. It is a '​method in this madness​' but everything arises by elimination of conscious guidance. The work grows seemingly by itself, like frost flowers on a windowpane.