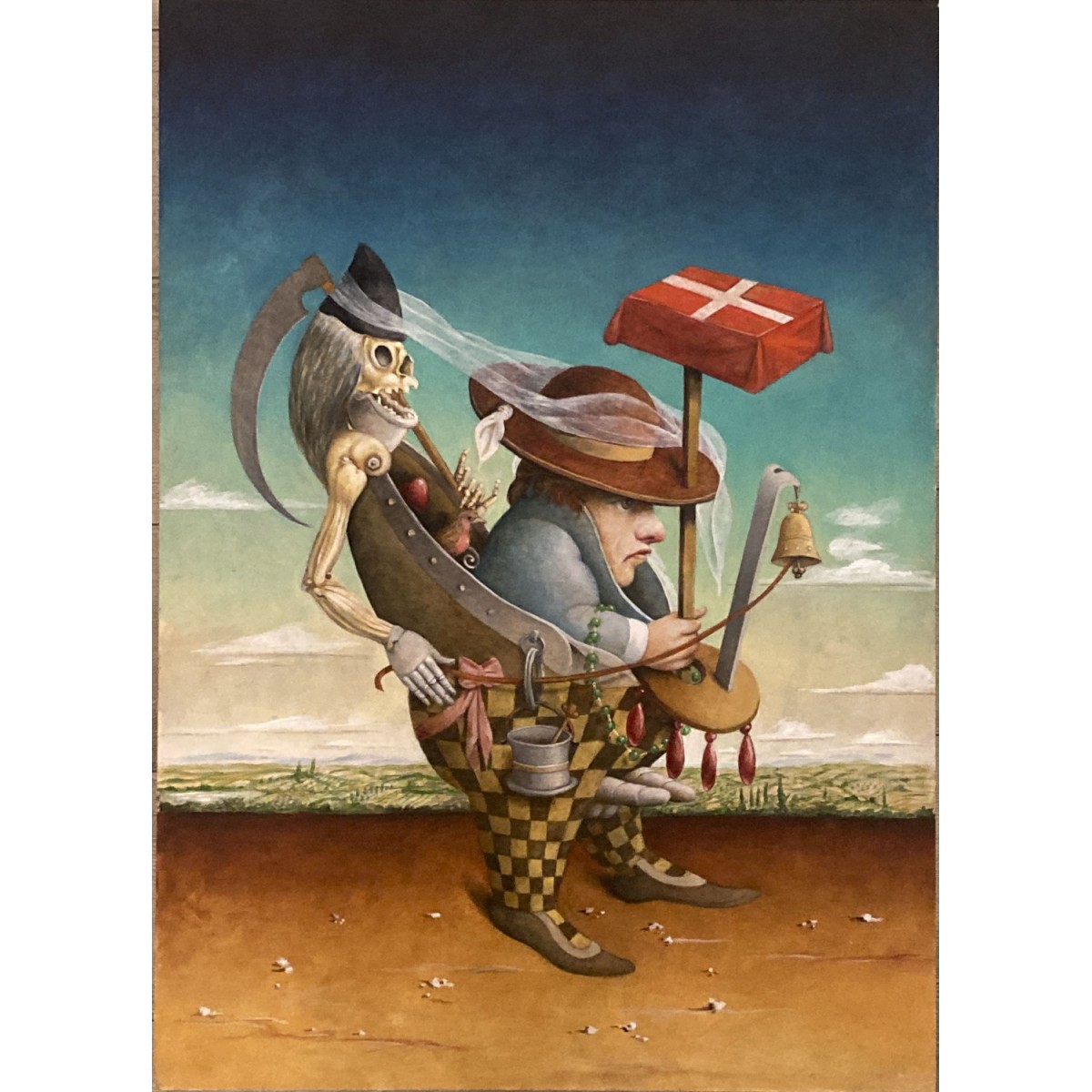 FABRIZIO RICCARDI: was born in Rome 75 years ago. At the beginning 1950s he moved to Torino where he got acquainted with artistic studios and started painting. . In 1966 he moved to the Toscany countryside.In 1969 he had his first solo-exhibition at Galleria Viotti in Torino, frequented art community and started exposing in various countries in cooperation with skilled gallerists: in Geneva With M.me De Bournet, in France with Jean Pierre Cerlier and Guy Lignier, in Bruxelles with Catherine Fernet, in New York with Neil Zuckerman, in Paris with Claude Cuissiac, in Vance with Marion Duteurtre, in Amsterdam with Pieter Noldus, in Florence with Wilma Michaud.In 1993 he went back to Torino where he met Jean Pierre Giraudo who helped him widening his horizons, giving way to art exhibits in Ivory Coast, Gabon, New Caledonia and Dubai.Fabrizio Riccardi boasts a great number of solo exhibitions as well as partecipations to high level artistic events all over the world. He is aware not to be ""the master of masters"" of fantastic and visionary painting but to be a simple interpreter of his own dreams.